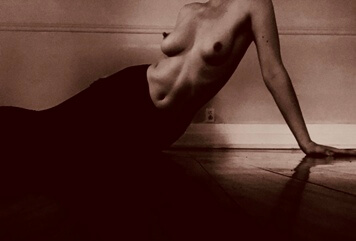 The prompt for November is out now and as well as your task it also has details of a lovely new sponsor who is supporting Sinful Sunday.

In the meantime I am delighted to welcome Posy Churchgate to her first ever go on the round-up. You can find her on her own blog Pillow Talk and on Twitter @PosyChurchgate

Posy’s Top 5 Pics of the Week

I should start off by saying I have no photographic knowledge or skill, I can sometimes judge that a composition is good or an edit is clever, but mostly my judging for this competition has to be on what I like, what ‘speaks’ to me.  For my top 5 I have chosen photographs which seemed to need skill to create, which were ‘arty’ or which were out-and-out sexy.

It was still difficult, because many pictures fell easily into the criteria I set out, so I used my Wayne’s World “Schwing” test to filter them!

My thoughts on my favourite five: 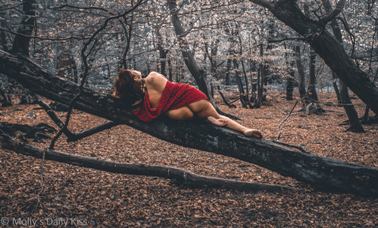 This was like a painting? Fabulous composition, I could hardly take my eyes of the central image of the figure seductively nestled in the bough of the tree, but the bed of autumn leaves and the almost gilt tone of the sparse leaves on the branches had me murmuring “wow” and shaking my head. 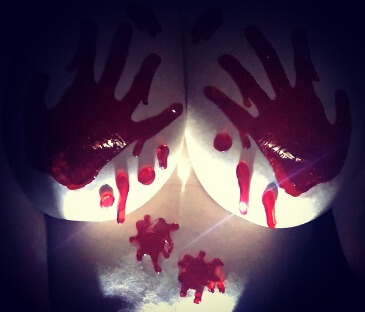 Fun, striking and sexy with a twist of Halloween chill. I was wondering what had made the bloody prints and how the dribble of liquid was controlled, until I read in the comments that they were window gels – but they inventively contrive a rather taboo image.

Love is a Paraphilia 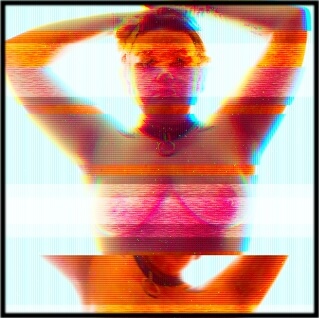 This seemed futuristic and impressionist to me, revealing secrets and concealing others, we see her collar and her curvy breasts, but we cannot see her face, as if the attempt to ‘censor’ has malfunctioned. Rather futuristic I felt, this would make a great story prompt.

This is only Jayne’s second foray into #SinfulSunday and for me she’s cracked it! The grainy b/w edit is raw and makes me think of art-house films while her subject matter is mysterious and alluring, I could easily imagine in the second picture we are seeing the torso of a mermaid as her lower body is a shadowy, fluid shape we can’t define.

Responding to the prompt from last week, Ash has cleverly combined and composed two images which beautifully illustrate her sexuality. I love the black and white, the dividing line and the precision of the her positioning to make this image work.