Don’t forget to check out the September prompt!

Often the summer months are a bit quieter on Sinful Sunday but not this last week as we ended up with a whopping 44 links on the page just to give this weeks writer of the round-up (Chloë from Wank of the Day) an extra hard challenge but here she is with her selection.

Chloë top 5 pics of the Week

“First I was afraid, I was petrified…”

That was my reaction when I first saw what I had let myself in for. I’d been delighted and honoured when Molly had first asked me if I would do this week’s #SinfulSunday round-up, but with 44 wonderful images to choose from, I began to realise the enormity of the task in front of me.

So, after looking through them all, Mike and I decided to attempt to pick our own top 10s. It was so difficult even getting it down to this level, but when we compared our choices, we actually had seven that we agreed on.

We spent the next hour discussing these images in detail; what we liked and way and then we agreed to pick our favourite five from the seven.

Four matches this time. But how would we decide whose fifth choice to include?  I resorted to underhand tactics, by which I mean my arse ended up under his hand; repeatedly. How did I get my way? Well, let’s just say a blow-job beats four aces…

Anyway, without any further ado, and in no particular order, here are our choices; with apologies to the other 39 wonderful submissions. 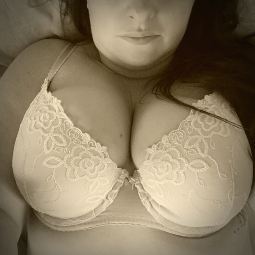 Chloë: I’m a sucker for greyscale edits, and this one is no exception. I love the vintage feel of this. That lovely white bra concealing those marvellous breasts and, let’s be honest, going back to bed on a Sunday is always a great option.
Mike: Beautifully composed shot, not to mention a fabulous subject. That hint of mischief in Ouizzi’s lips makes you wonder if she has an ulterior motive for going back to bed. 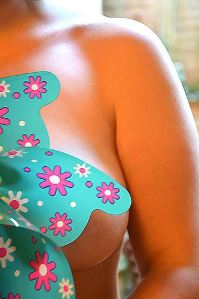 Chloë: This is such a fun image. I love the vibrancy of the colours and the way the light reflects of her skin. Beautifully playful and provocative.
Mike: What is there not to like about this image? The swell of her breast, tantalizingly hidden behind the windmill. The lighting. The way the windmill and her breast are in such sharp focus as the rest of the image fades away to an increasingly blurry background. I think I know how I’m going to want Chloë dressed the next time I have friends over to watch the football… 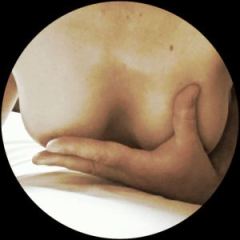 Chloë: From the moment I saw this image, I knew it had to be in my top five. Such a wonderfully intimate scene. I could almost feel her anticipation as he holds her in his big strong hands, waiting for him to slide into her, firmly, yet tenderly, from behind.
Mike: Like so many of the commenters on this post have said, there is a wonderful voyeuristic quality to this image thanks to the border. It brings out the Peeping-Tom in everyone who sees it. I can just imagine watching this couple, peering through whatever opening it is, straining to try and see just a little bit more. 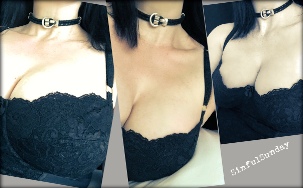 Chloë: Three for the price of one. I love my collar and in these edits, Kat wears hers so proudly on that lovely slender neck of hers. A very simple set of images, and yet so striking at the same time.
Mike: If there is one thing that Chloë and I agree on, it’s that Kat is a stunningly beautiful woman.  Her images are always simple but beautifully crafted, and this is no exception. I just hope she’ll forgive me when I admit to the fact that I just can’t help staring at her breasts. Fabulous. 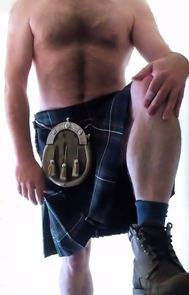 Chloë: Of all the things we Scots have given the world, the man in the Kilt has got to be the greatest of them all. Admit it girls, how many of your hearts skipped a beat when you saw this image? I love the broad shoulders, the strong confident pose and, oh if only hat kilt had swayed just a wee bit more or the camera had been just a fraction lower.
Mike: It’s a shirtless man in a kilt… Chloë was always going to pick this one.

So there you have it; this week’s round-up. It was a tough job, but someone had to do it. Now, if you’ll excuse me, I think I need to “cool down”.