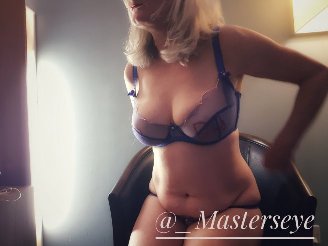 Sorry for the complete lack of tweeting this week but it was Eroticon weekend and I barely had time for a pee let alone for Twitter. Normal service should be restored this week. Don’t forget the prompt for April is out now!

This week it is my pleasure to welcome Kilted Wookie back to the roundup. You can find him on his blog Kilted Wookie and on Twitter @ZenNudist

I can’t believe that the last time I did the round-up was all the way back in 2015 in week 233. Where has the time gone?

Of the 39 bloggers who took part that time, just over half of us (21) are still occasional/regular participants. Of the 41 submissions posted this time around, there were 13 of who participated both times.

While it’s sad that a number of bloggers have either stopped posting or deleted their blogs over the last 2½ years, it is wonderful that there are so many “new” bloggers who have joined in during the time.

So, anyway, If I’d thought that having done a round-up previously would, somehow, make it easier this time around, I was wrong. Eroticon, it would seem, only served to get peoples’ creative juices flowing.

So, after much pondering and agonising, and in no order whatsoever, here is my pick of week 362. 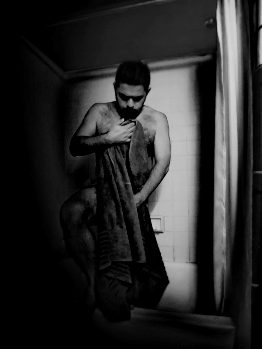 There is something beautifully raw and definitely melancholic about this picture. As well as being amazingly candid, it spoke to me in a way of shared darkness and aloneness. The black and white edit gives it an almost “Film Noir” grittiness that just makes it real and so full of feeling.

I have long been an admirer of Eye, and I just loved both these photos as a both a celebration of her birthday and the sheer joy she throws at life. The images capture her sense of fun and her sensuality.

Cammies on the Floor 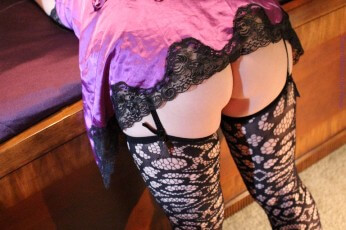 Ask just about anyone, and they will probably tell you I am much more of a boob than an arse man. When I see photos like this one though, it’s not so clear cut. I love the provocatively seductive pose; a challenge almost as much as an invitation. I love the softness and the colours, the contrasts and shadows. Look, I just love this image, OK? 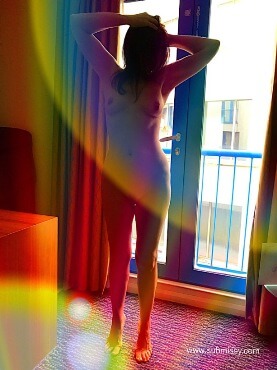 As much as her body entrances and captivates, I love the rainbow effect of the lighting on this one. That and the fact that she is very brazenly standing in front of the glass doors and could so easily be seen from the windows across the way. Fun and flirtatious and just a wee bit naughty. 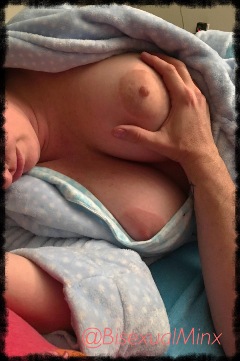 From the moment I saw this one, I knew I was including it. While it may have been, as Krystal says, Mr Minx copping a cheeky feel, the air of this photo is one of just a very tenderly intimate scene between the participants. Despite the sharpness of the image, there is a dreamy quality about it, depicting a relaxed and cosy intimacy; which is what Sunday mornings should be all about.
So, there you go. Congratulations and thanks to all who took part and made this such a pleasurably difficult task for me once again.  See you again in another 2½ years…