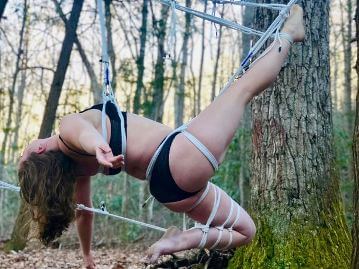 When I started the letter prompts I really wasn’t sure how they would work out but now I look forward to them as I think they seem to inspire such a huge range of fabulous images. The Letter F being no exception. Letter G up next but that will be later in the year.

Molly’s Top 5 Pics of the Week 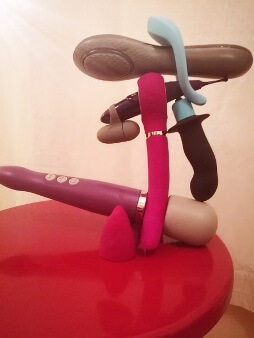 F is for Fun Stakes… I have no idea how Tabitha managed this amazing balancing act. Clearly she has ‘skillz’ when it comes to this sort of thing because this is quite something in my opinion. Oh and if you can name all the toys in her picture then she will enter your name into a draw to win a Ruby Glow.

F is for folds… Beautiful soft gentle folds that make me want to reach out and run my fingers over them. It is such a simple image but one that in her posts she explains was hard for her to post which I can totally relate too. We actually look very similar in this area of our bodies and yet when I take an image of me like this I hate what I see and yet I look at this image and think she looks stunning. Our minds play evil tricks on her sometimes and seeing that, knowing that, is a powerful message to me. 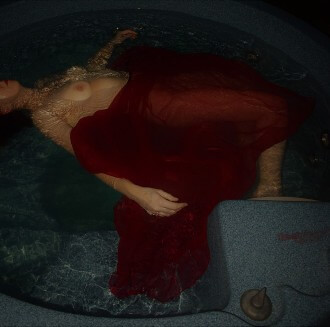 F is for Floating….So the reason I love this is definitely a bit macabre but I have not been shy about the fact that I like images that are sinister in nature. The fact she looks like she is floating in a pool of blood honestly gives me a little gut punch, well maybe lower than my gut if I am honest. It is definitely dark and a bit disturbing and that so works for me.

F is for Futomomo… I have never been hugely interested in rope suspension but the idea of being tied like this outdoors, in the woods… Well that is something that I could possible go for. I love the way she is so open, her arms and legs, she looks like an offering and it is so damn fucking sexy.

A Leap of Faith 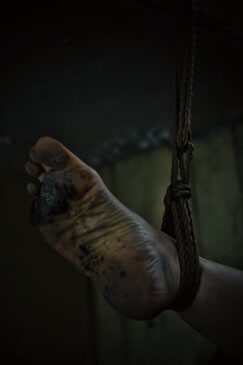 F is for foot…This one might only show a foot and some rope but that is doing it a disservice because it tells a much dirtier story than that… One of being outside barefoot, maybe even running as she is chased and eventually caught and tied up, legs open wide…. well the rest I will let you imagine for yourself but let’s just say this speaks to a huge fantasy of mine and I might have to indulge in some alone time with this shot at some point.